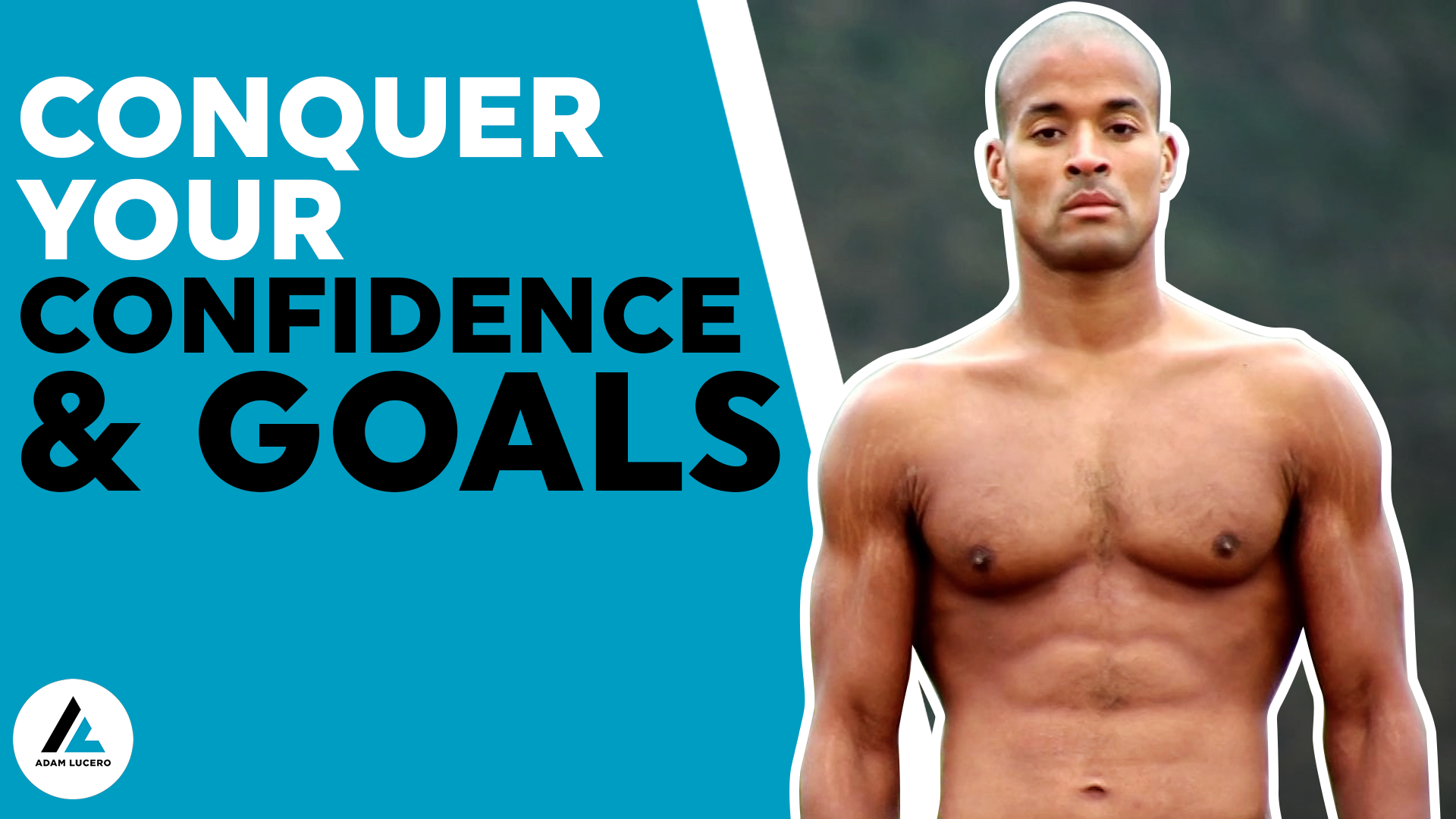 Be Like David Goggins | Boost Confidence And Achieve Your Goals

They have this feeling that they’re going to have a meaningful career, be happy, confident & can accomplish whatever they set their minds to.

But as their life begins to unfold, they let experiences and situations form limiting beliefs that keep them trapped.

I mean how many times has a teacher, friend or even one of your parents told you that you can’t do something?

That it isn’t possible for you... and let me guess, you were little and didn’t know any better so you accepted their belief as a truth and that prevented you from taking action to get what you want, right?

But they only told you that because they have the belief themselves that it isn’t possible.

The funny thing is, anyone who’s ever achieved something phenomenal was told hundreds of times that their goals aren’t possible for them.I mean look at david goggins. He was extremely obese, lacked confidence & couldn’t run or swim but he wanted to become a navy seal. Everyone except his mom told him that it wasn’t possible but he ignored them and kept pushing through and now look at him... he’s one of the most ferocious athletes in the entire world. But what would have happened if he accepted that limiting belief that he wasn’t good enough or that he couldn’t be a navy seal? Well, he’d probably still be overweight, lazy and working a minimum wage job.

And sadly, that's what happens with most ambitious men today. They let others influence their beliefs and they cower in fear and as they grow older and the result is their visions of grandeur, remain just that... visions! And once they get to this point in their life, it feels like they’re running their life in autopilot mode where everyday just seems like a grind or a chore!

And you might feel like this yourself... I mean how many things that you did yesterday, really brought you true joy in life? Probably not too many. In fact, i'm willing to bet that you woke up and dreaded going to work as you got ready because you always end up feeling under accomplished, underappreciated and undervalued.

Only for you to have this feeling in your gut that you should be doing more in life. Then by the time you get to go home, you have to cook, clean and do other chores that leave you feeling drained like a sewer. And before you realize it, you have to get ready for bed and recharge for the next day, which is exactly the same day as you just had.

And after days, weeks or months of this process on repeat you might find that you aren’t happy with where your life is or who you’ve become. And trust me I know all about this story...

You see, when I was 21 years old I was stabbed in the arm, chest & throat!

The blade went extremely deep in my arm, punctured my lung and half way through my throat.⁣ ⁣ I was left on the floor to die...⁣ ⁣ But instead, I woke up 7 days later from an induced coma.⁣ ⁣ I was living off tubes. If you unplugged them, you unplugged my life.⁣ ⁣ And while I was grateful to be alive, it felt like I had lost all sense of who I was.⁣ ⁣ My legs forgot how to work. In fact, I couldn’t even stand up.⁣ ⁣ I had nerve damage in my tongue that prevented me from being able to talk (even after I wasn’t living off tubes)⁣ ⁣ I lost every ounce of muscle I had from years of weightlifting.⁣ ⁣ My energy was depleted. In fact, I’d have to nap halfway through eating a meal because I’d get so tired. ⁣ And on top of it, my brain couldn’t solve a simple equation like 11 x 11. It felt like my cognitive function was comparable to a 4 year old’s.⁣ ⁣ But the worst part was what happened to me mentally...⁣ ⁣ My confidence disappeared like a quarter in a magic show and my head was plagued with negative thoughts and self doubt.⁣

And I had mental roadblock that prevented me from doing everything that would get my life back on track, no matter how badly I wanted to get there. ⁣ I was left asking myself... ⁣ ⁣ “Am I ever going to get back to a functional state where I feel good?”⁣ ⁣ “Am I ever going to be able to accomplish all the goals I have for myself?”⁣ ⁣ “Or am I destined for a life of mediocrity where my potential rots away with my ambitions?”⁣ ⁣ I spent the next few weeks contemplating these questions and ultimately I decided I wasn’t going to go down like this.⁣

That’s when I started studying the hidden secrets of brain science & transformational psychology that fortified my mind into a weapon as powerful as a nuclear bomb! Simply put, I found techniques to rewire my brain into a powerhouse where I stick to my word effortlessly and where I just did the thing that would improve my life... IMPROVE how I felt about myself.

Now, fast forward 4 years and here I am in front of you... in this EXACT moment running a business around my passion to help ambitious men, like you, become conqueror’s who TAKE what they want in life!

⁣And look, this all happened because I conquered the power of my mind, just like david goggins. Because the truth is it’s only when you harness the power of your mind, that you will become more happy, confident & capable!

So look, if you’re an ambitious man who knows you’re destined for greatness and is ready to prove it, then I invite you to join the new era of the health empire. We’re a community of conquerors who REFUSE to live a mediocre life. In fact, the new era of health 3 step system will rewire your brain & genes so that you activate your full potential. It’ll enable you to become as happy, confident & powerful as superachievers around the globe, people like david goggins, joe rogan & mark cuban. And not only that... it’ll also grant you boundless energy & unreal mental clarity like the guy in limitless so that you can absolutely own your day and your life! So if that sounds like something you’re interested in, then go ahead and click the link around this video!