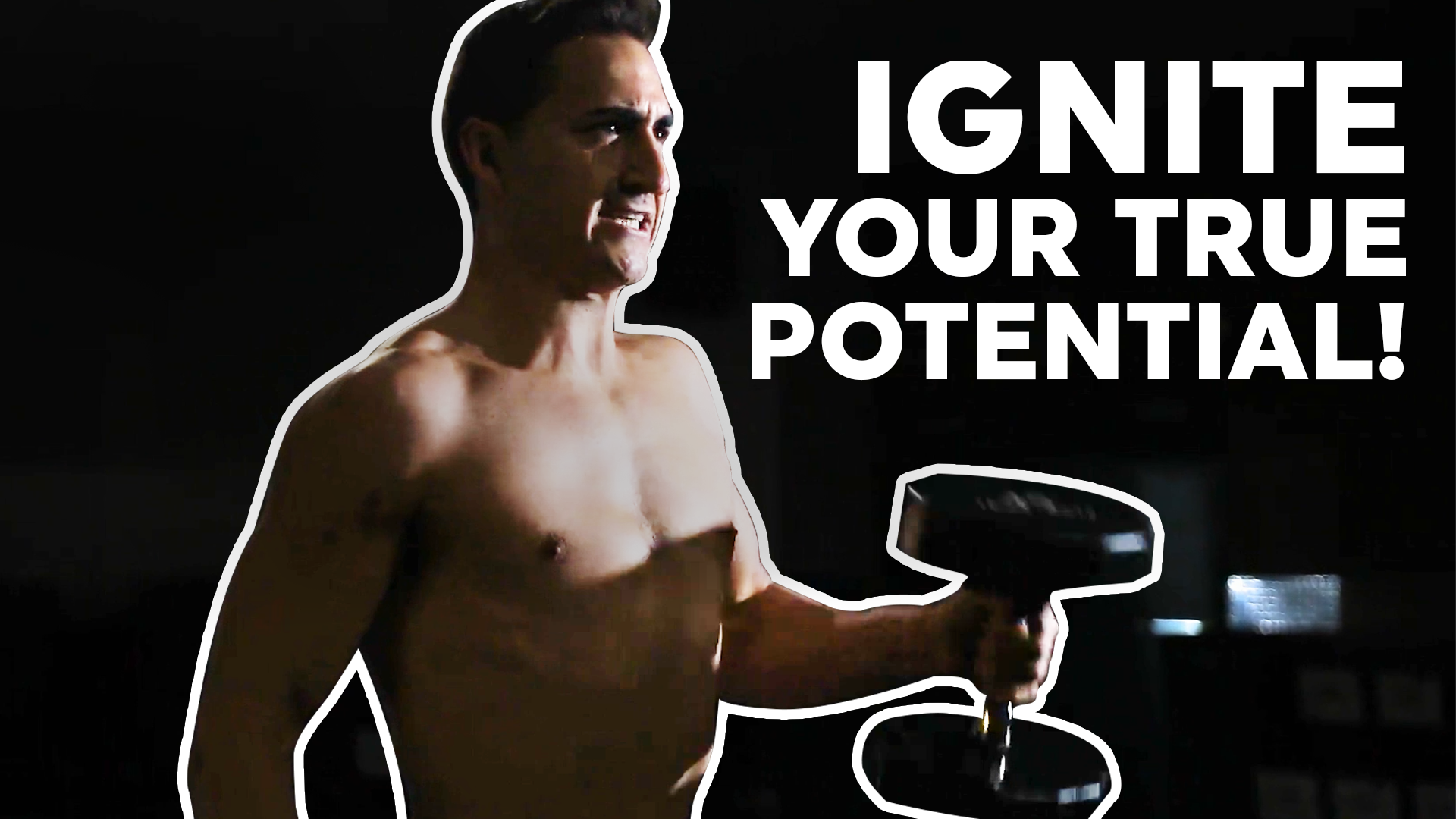 You know what I hate seeing? I hate seeing ambitious men that have so much potential buried DEEP inside of them, let it rot away.

The worst part is... that they grew up with this feeling of GREATNESS where they were supposed to accomplish a lot, make tons of money, and have an attractive body that performs EVEN BETTER than it looks. A Body with UNREAL mental clarity and godlike energy...

but as their life began to pan out, their vision of grandeur, remain just that... visions!

And i know from personal experience that when you feel under accomplished, it affects your ENTIRE life! Instead of being in a fun loving attitude where you joke around with your friends, coworkers & family, you end up sad because you’re always wrapped up in your own problems.

And as the days, weeks or even months go ago, your mind starts to get clouded in negative thoughts & self doubt which cuts into your happiness, confidence & potential like a knife slicing through a warm slab of butter.

To make matters worse, you see all your friends and everyone else on social media excelling in life and you find that it makes you feel even WORSE about where your life is going and who you’re becoming.

And then you wake up one day and realize that your life isn’t what you thought it would be. You realize that you’re trapped in a life of mediocrity and you might even feel like you dug yourself into a hole that YOU CANT GET OUT OF! In fact, we call the people trapped in this place, the trapped strings beans.

Now look, I know this is a funny name but that’s what they are... they’re trapped in a life of mediocrity and no matter how badly they try to get out, THEY CANT.

Now, if any of this resonates with YOU, don’t worry because I was once in a worse situation....

You see, When I was 21 years old I was stabbed in the throat, chest & arm.

My body was completely malnourished and my energy levels were depleted like a lake in the summer.

It was at this moment that I uncovered my passion to help people like you, rewire their bodies & brains into a powerhouse so that they annihilate all their goals in life!

But you might be wondering... what does this have to do with you?

Well, im about to hand you the new era of health 3 step system. It’s the same system that brought me from the brink of death to having limitless energy, unreal mental clarity, my dream body & my dream job!

The only question is... do you still want to ignite your true potential? And are you willing to do what most people won’t do... so that you can LIVE how most people won’t live? Because the reality is that I can’t do the work for you, you have to do it yourself. All i can do is hand you step by step system others are using to activate their potential. So YOU have to decide if you’re ready for your new life.

Now, before you decide which route you’re going to take... let me ask you another question....

How are you going to feel in 6 months from now if you’re still living the same life you’ve been living? Is that deep feeling in your gut that’s telling you that you’re on the wrong path in life, going to get better or worse?

So look... if you’re ready to ditch your old life of mediocrity and to finally become happy with where your life is going and who you’re becoming, then I invite you to GAIN access to the new era of health 3 step system!